Home / Covid-19: Career Transformation at the bottom of the pyramid

Covid-19: Career Transformation at the bottom of the pyramid 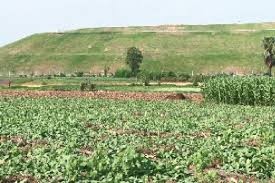 Dhapa, a suburban area in the eastern fringe of Kolkata, is known as the waste dumping ground of Kolkata. Dhapa produces 40% of the vegetables the city needs. While the supply chain of the city (even vegetables) is showing signs of getting affected due to the lock down, an illiterate labour is trying his best to keep the supply chain intact. The labour has recently lost his job as a temporary worker in a brick-kiln (int bhata in Bengali). He has borrowed a rickshaw which is not in use because of the lock down. He has started bringing produce directly from Dhapa and selling in his localities. He is making more money than he used to make in the brick kiln and that too by working for less number of hours. He has decided to continue to be self-employed. He has promised to himself that he would rather struggle in his own business, rather than ever getting back to the brick-kiln.

India has huge unorganized sector, contributing about 50% to the GDP.  The rickshaw-puller turned-vegetable vendor represents them. Necessity caused a rapid career transformation for him. However, the agility and resilience that the person has demonstrated shows rays of hope for the Indian economy.   Many of us in the organized sectors have to transform our career with the same level of agility and resilience.